Will it be a grand new age of boom or dust? 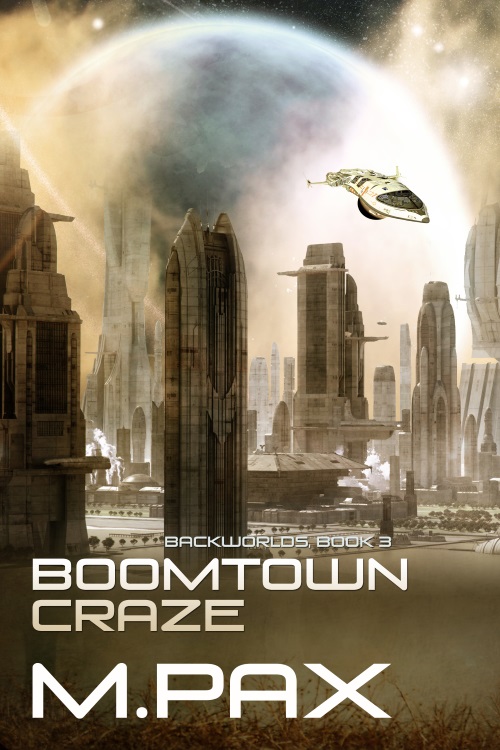 The ebook is available at all etailers

In the far future, humanity settles the stars, bioengineering its descendants to survive in a harsh universe. This is the third book in the science fiction series, The Backworlds. A space opera adventure.

To realize his dream, to build Pardeep Station into a top world, a destination all Backworlders want to come to, Craze makes the best use of a weapon left behind by the Foreworlders. The dastardly technology helps him to forge advantageous trades, which improves his situation on the dusty moon.

Only days away from the grand opening of his shiny new tavern, the starway opens, bringing in a loony Backworlder intent on mucking up Craze’s carefully laid plans. Gaunt and trembling, she claims her spaceship is possessed. She also has a connection to the underworld that shakes loose the dark past of one of Craze’s closest friends. It all threatens to end his prosperity before it begins.

Meanwhile off world, Captain Talos works desperately to outwit the mercenary Jixes and lure them away from Pardeep Station’s budding prospects. With all the trading done on Pardeep’s behalf, the mind-control weapon Talos is using wears thin, and his next move may be his last.

Will it end in boom or dust?