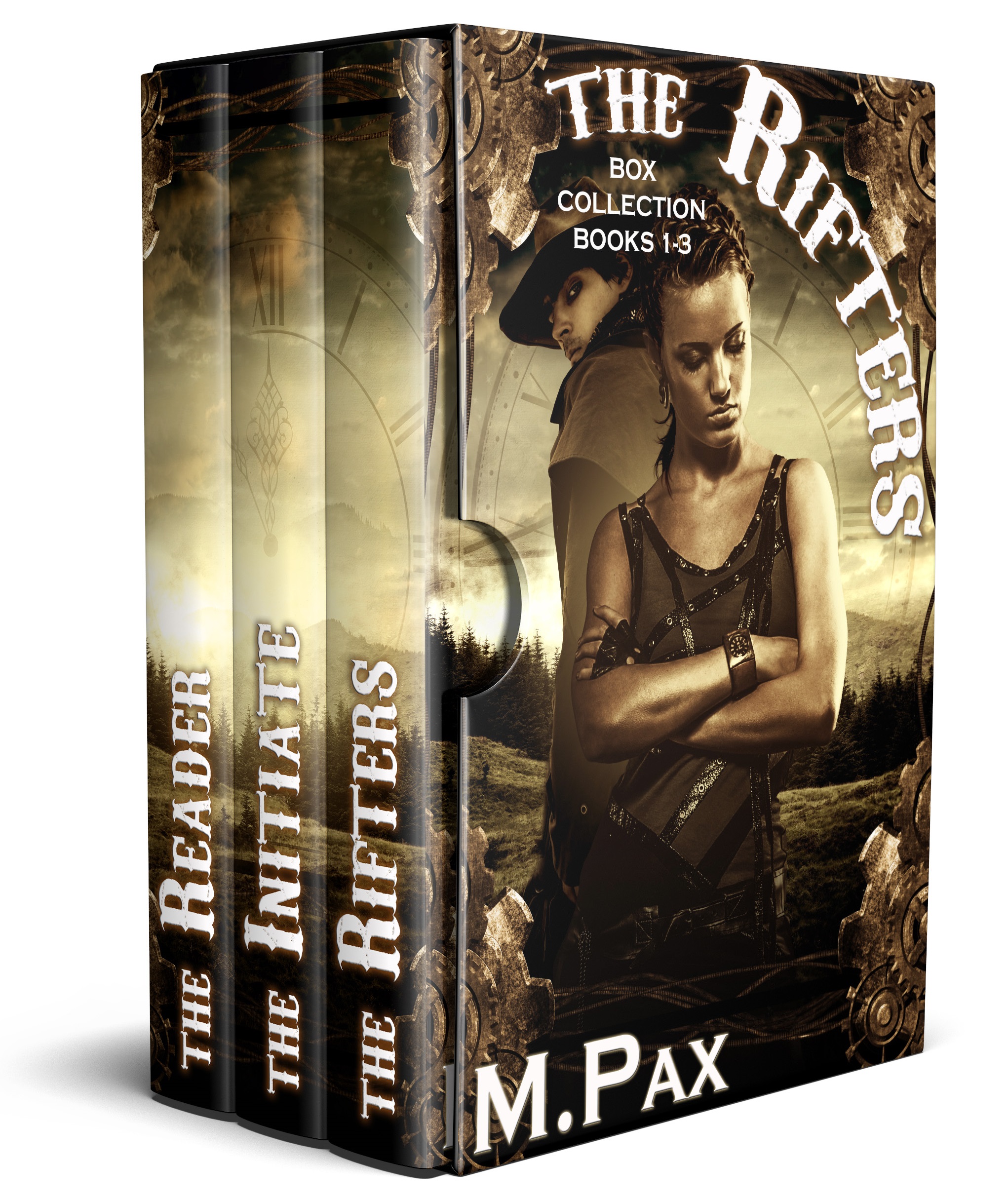 Ebook available at all retailers

The Rifters Box Collection includes: The Rifters, The Initiate, and The Reader.

The Rifters: Daelin Long moves to Settler, Oregon, after being laid off from her job and robbed at gunpoint in New York City. County librarian isn’t her dream job, but she’s excited to reconnect with her younger sister. Only, her sister is missing and there’s a phantom stealing heads. The town is plain weird and gets worse when Daelin stumbles upon its deepest secrets.

The Initiate: Daelin Long joins the Rifters in hopes of finding her lost sister. Instead, she finds a swarm of killer bees like no other. These bees start off as pebbles and sting like fire. Her first lesson is to trust her fellow Rifters absolutely. Daelin does, but they can’t trust her. She has her sister’s secrets to keep.

The Reader: Daelin Long rises in the ranks of the Rifters. The rift closes for the season, and Daelin worries over her sister stuck on the other side. With the rift closed, the town should be quiet. Only, it’s not. Dead people are coming to life, and those who should be around are missing. Daelin and the Rifters must figure out how to fight a monster without the energy of the rift to power their weapons.